One on One Virtual Training / Behavior Modification

Virtual Training with a CPDT-KA

“Can you just live with us while she’s growing?” – Our favorite phrase from our clients!

Every Interaction is a learning interaction! And we want to be there with you to make every interaction fun and productive. Video chat with us at feeding time! Or when you get home to encourage appropriate greetings! Take us on a walk with you and lets work on those leash skills! Have a traveling family member? We can conference them in! Or involve us in weekly family training night!

Whatever your need, our nationally certified virtual coaches are here to help you make it fun, effective, and consistent! View trainer bios HERE

Virtual coaching can be done via smart phone, computer or smart TV. 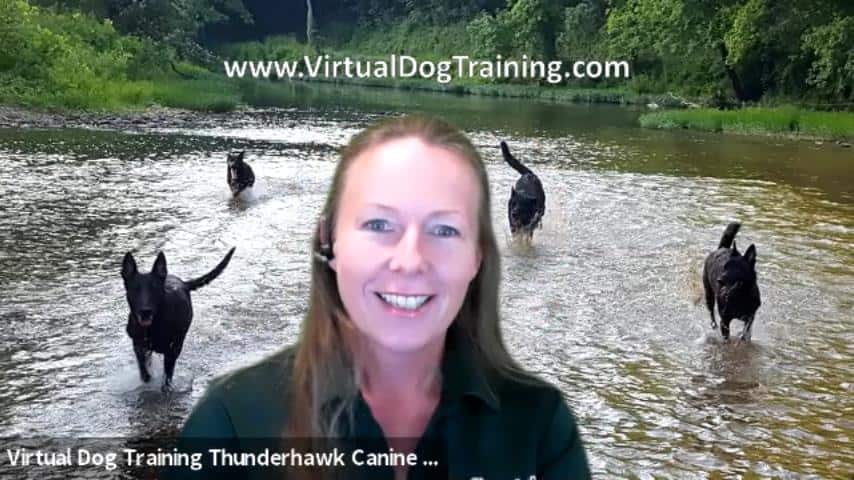 One on one virtual session with Christie Faccinto, BS, CPDT-KA, CBCC-KA.

Christie graduated from Michigan State University’s College of Natural Science with a Bachelor’s in Zoology and a Concentration in Animal Behavior and Neurobiology in December 1998. After graduating, Christie attended North State Canine Academy in Sanford, North Carolina (February 1999) where she received her Master Trainer’s Certification in Professional Pet Obedience and Behavior Modification. Her first National Certification occurred via the Assosiation of Professional Dog Trainers in 2005, when she passed her CPDT for the first time. Most recently, Christie passed the standardized exams to earn the titles Certified Professional Dog Trainer (for the second time) and Certified Behavior Consultant Canine.

Christie worked with Kern Road Veterinary Clinic in Fowlerville, MI from May of 1997 to March 2008 where she created the behavior programs that led to clinical referals from other Mid-Michigan Veterinarians. During the summer of 2002, she ran an obedience and Police K9 kennel in Maryland where she was the primary handler for pet dogs and imported police dogs.

Since acquiring her first competition dog in 1999, Christie has titled in Obedience, Protection, and agility. Her diversified training experience, coupled with a strong veterinary technical assistance background, makes her well suited to address your pet’s every need.